Gregory Jennings (1993) is a former American football wide receiver, who has played 10 seasons in the National Football league. Jennings shared his workout plan with the world in 2016 and CrossFit was mentioned many times. He claims he uses CrossFit because it targets and conditions all parts of the body. It focuses on endurance, stamina, agility, balance and power. Which are all essential skills that are needed to succeed at American football. CrossFit targets and strengthens all muscles in the body. And this is why he has utilised CrossFit to get to where he is in his career. American football players require a lot of strength and conditioning to last a whole game, and CrossFit assists and prepares for this. It made a huge impact on Jennings career and was key in his success as it helped him maintain a high level of fitness. So, he was ready to step onto the pitch in his best form.

Christie Pearce (1975) is an American soccer defender that has taken advantage of all the benefits CrossFit offers. She practised CrossFit from early in her career and became a member of the United States women’s national soccer team. She is also an Olympic gold medalist and a Women’s World Cup champion. A boss women, right? She claims to have used CrossFit predominately to increase her stamina. And to help fuel her championships. She says her favourite workout routine ever has always been CrossFit, particularly kettlebells! CrossFit played a massive part in training for the Olympics. The timed workouts used in CrossFit help increase stamina, which is extremely important when playing American soccer.

Robert Oberst (1984) is an American professional strongman. He competes yearly and was a finalist in the World’s Strongest Man in 2018. He has been extremely successful in many of the World’s strongest Man competitions. And was awarded his ‘Pro Card’ in 2012. Evidently, he exhibits great strength and power. This is vital when becoming a strongman as it involves lifting very heavyweights. Oberst claims CrossFit was key in his success. The high-intensity workout allowed him to increase his strength and stamina extensively. Two essential skills needed to become a success as a strongman. He practised CrossFit 4x a week which hugely increased muscle gain.

And finally, the legendary Charles Wade Barkley (1963). He was an American former professional basketball player who is an analyst on Inside the NBA. During his career, he established himself as one of the most powerful basketball players of all time. His dominance on the court made him a National Basketball Associations greatest. This power and dominance came from years of training and maintaining an extremely high level of fitness. He works on his movements through CrossFit and nutrition to tackle his fitness goals. He predominately focused on conditioning. CrossFit allowed him to practice a high-intensity training used to increase energy use and strength. 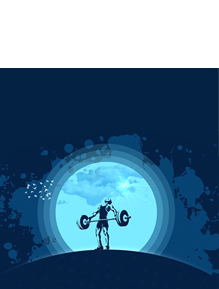